I’d been to Willowbank Raceway a few times in the years following high school. It was always a fun day out, so I was keen for any chance to get back there. I recall seeing Top Fuelers, Doorslammers, Altered Rods plus a large number of street cars race back then. The speed, tyre-spin and smoke made for quite the spectacle, as did the thunderous sound which rattled my innards.

Lucky for me my short visit back home coincided with a top-shelf drag event, that being the Nostalgia Drags. Lo-tech and loud was the order of the day, and it was the Gassers leading the way. 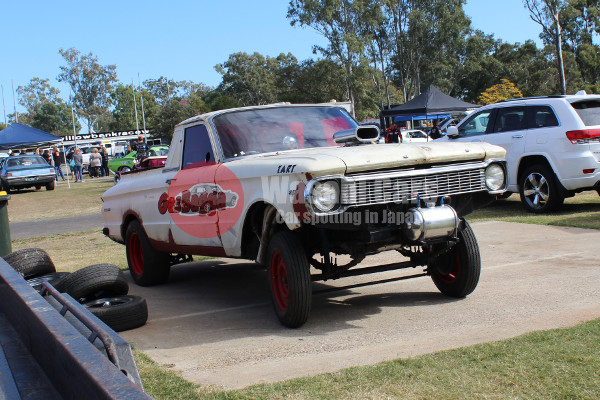 The cars of the Gasser class stand out like the proverbial dog’s balls. They’re generally 50’s or 60’s cars, front suspension looks to be borrowed from a 6×4 box trailer but with steering, their noses stick in the air, and they’ve got catchy names plastered on their doors. Also, they are limited to 10 seconds down the 1/4 mile. There are way faster cars, but 10 seconds is plenty fast.

It had been a while since either me or Dad had been out this way and, the sat-nav issues were not helping. About 10 kays out we spotted a mint, old HG GTS Monaro that we thought we should follow. Clever us.

While Dad was going to spend most of the day with his head in a book, I’d be taking in the sights. Hardly had I entered the pit area when I bumped into some people I’d until then only interacted with online. First, a guy who had been watching WasabiCars videos while laid up with a leg injury for an extended period of time. (Hadn’t he suffered enough?) Also there was Cooper Macmillan , a noted automotive photographer from Brisbane. I should’ve been more social with these guys but I had to keep moving.

Not all vintage racers were spending the day running the 1/4 mile course. Several just didn’t want to go to work and found themselves quite literally in the pits. Notable among these was a twin-supercharged Morris Minor.

Rounding out the event was a truly excellent assortment of street cars. There were Aussie & US muscle cars in abundance, plain-Jane passenger cars, too. I was pleased to see so many older cars in tip-top nick, such as the Valiant Charger below. Closest to my heart were the old Holdens, which you can bet your arse you’ll be seeing more of in the near future. 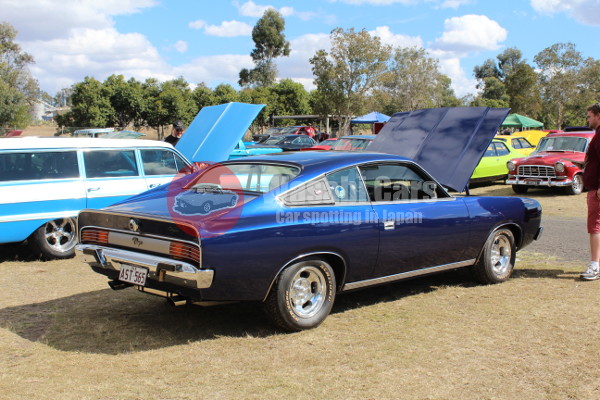 Thanks for stopping by the WasabiCars Blog. Before you go, why not leave your thoughts? Or, if that’s an impossibility, have a go at Question Of The Day.

What is your favourite class of motorsport?